On the 5th of October, our CEO Zeyu was invited by the investment society of the Baptist university of Hong Kong to deliver a lecture which entitled “How to build up a Shining Career in investment bank”.

It is an interesting phenomenon that college graduates in Hong Kong always thronged to investment banks even though the competition is fierce and the industry is in recession. Zeyu suggested to students that they should have a deeper understanding of what they truly want rather than simply follow the crowd or get lured by some short-term benefits, such as high salaries.

During the lecture, Zeyu briefly introduced the blunt truths about the careers in the different departments of investment banks such as IBD, Sales and Trading etc. He also shared some insightful opinions on how to build up core competence in the industry. Attendants of the sharing responded well by actively involved in the discussion as well as raising many questions. Many students in the university were worried about they were not from the so-called “targeted school”. Zeyu suggested them to pursue an MBA degree in the top universities of US if they really had a passion for the investment bank industry. 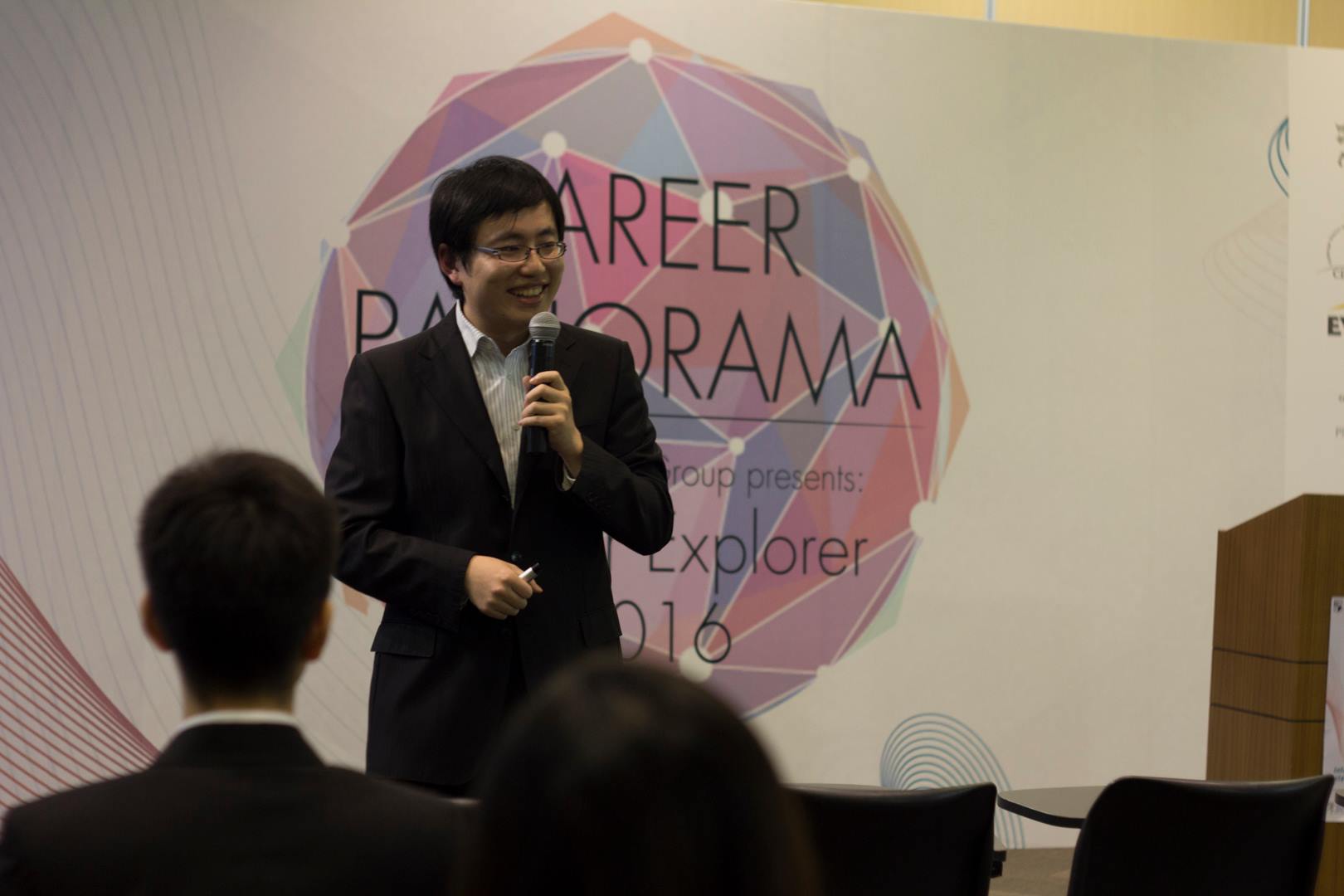 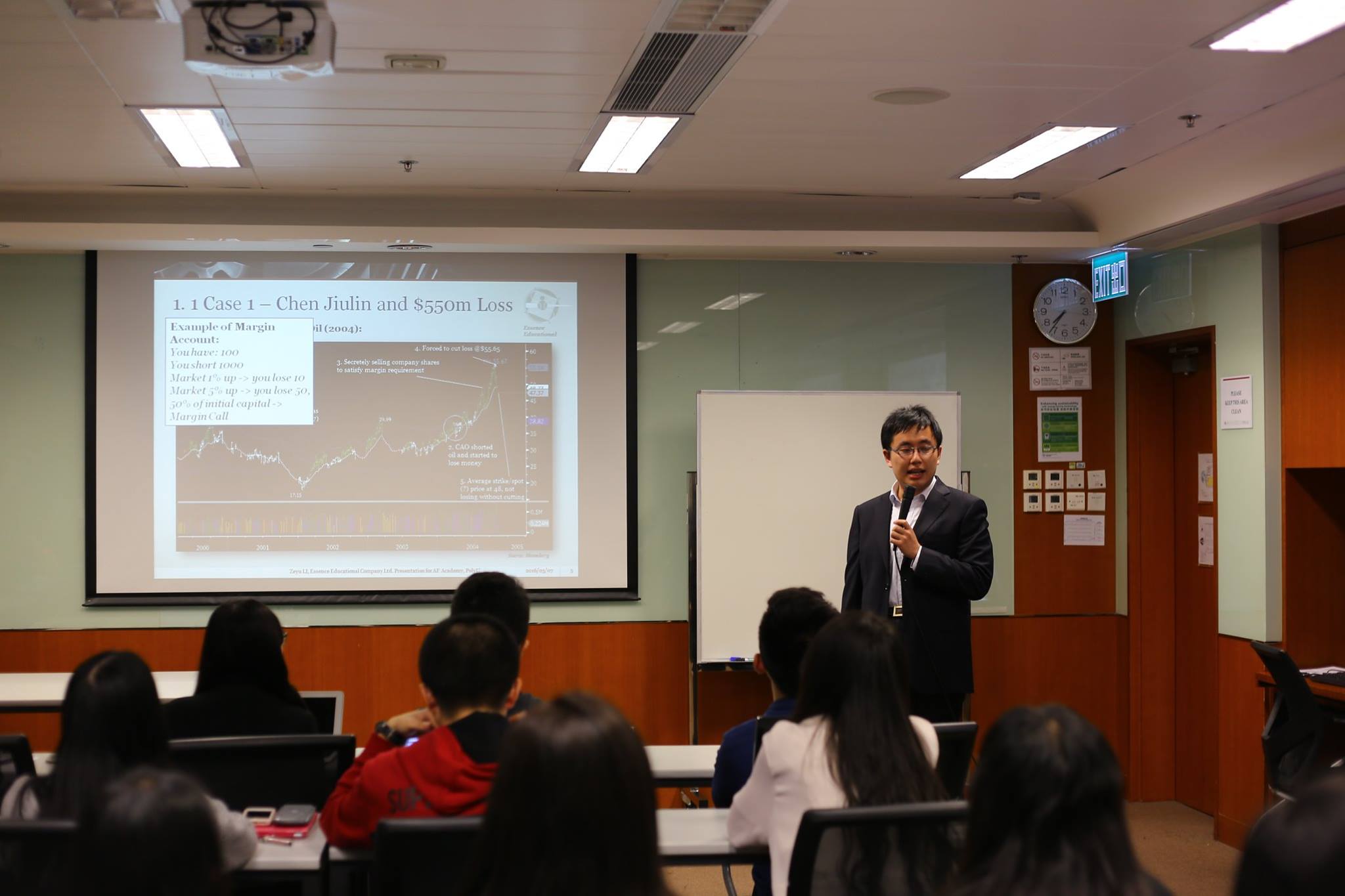 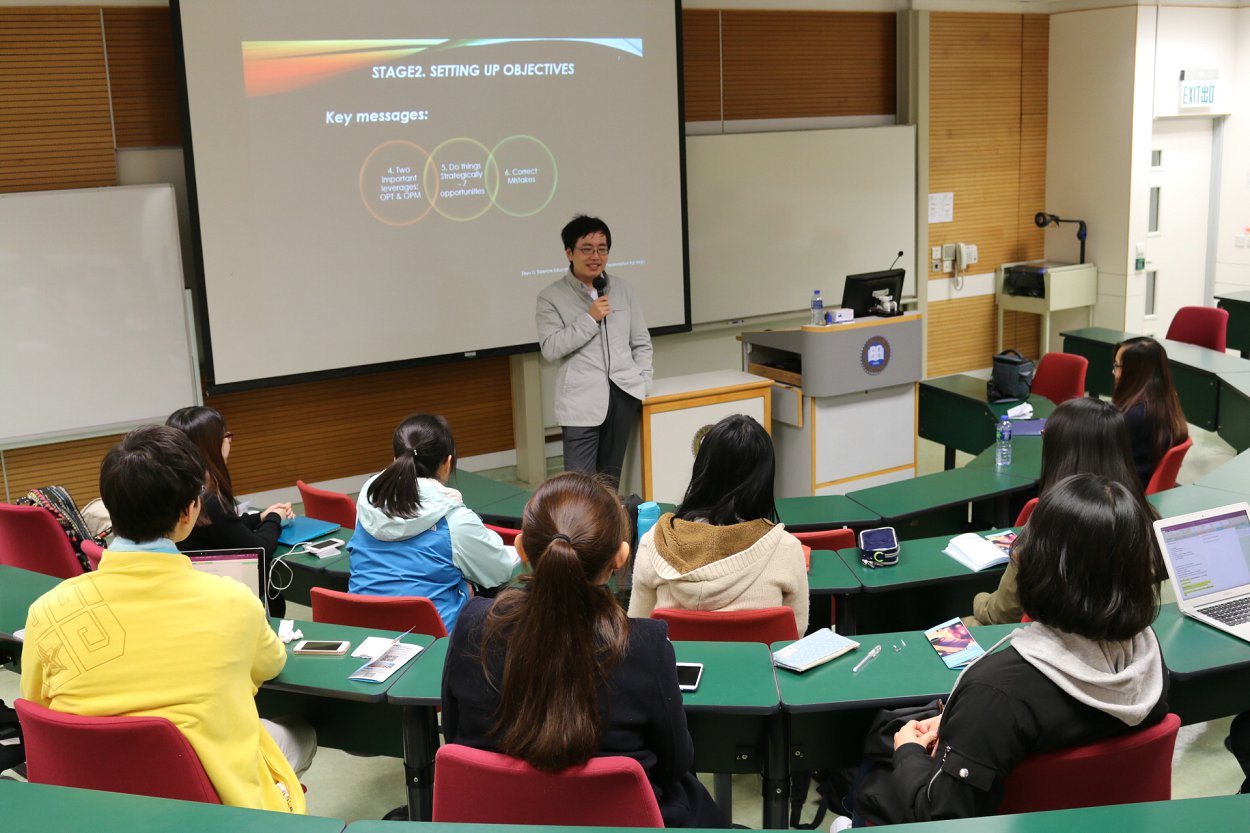 The biggest risk you take is not taking any risks!